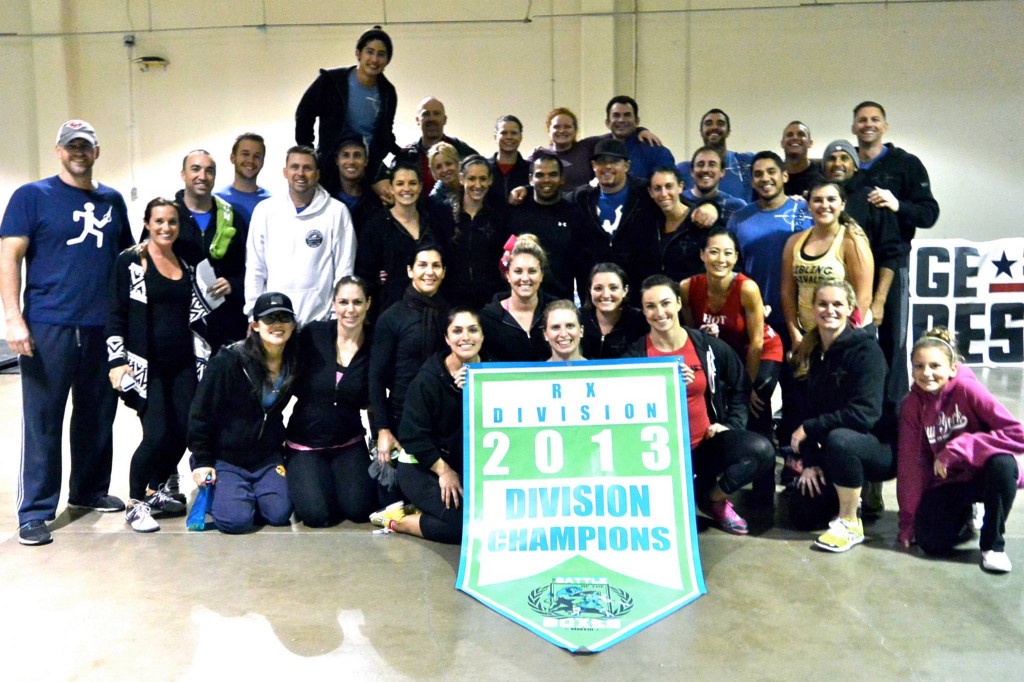 The “Battle of the Boxes” hosted by West Coast Strength and Conditioning was an event of epic proportions. Not because of how well ran it was. Not because of the awesome judging or the bad ass T-shirts (thank you Erik!) but because of the wall of blue. We brought 10 teams to the “Battle of the Boxes;” 3 masters teams, 3 intermediate teams, and 4 advanced teams. Once the dust had settled and the final standings were released we had 3 podium finishers and 8 teams in the top 10. Not only this, but out of 80 teams our other 2 teams finished in the top 20. Now I do not know about most of you, but that is not only an incredible accomplishment, that is a statement! Precision CrossFit came to throw down. You were all well prepared, worked well as a team and it was obvious, very well coached. Throughout the weekend I had many PC supporters come up to me and tell me just this. We have a phenomenal community of athletes at Precision and an even better coaching staff. My hat off to Hunter, Jess, Jose, Billy, Greg, Daniel and Katie for your awesome work with these athletes and for your bleeding of Precision blue. The showing of Precision CrossFit on this Saturday is an example of the tremendous job that you all do on a weekly basis. It proved to the other boxes out there that we are a community of true Fitness, strength and community. Fitness meaning that we are great at working out quickly for time; we are well prepared, well coached and damn good at CrossFit. Strength meaning we are strong at heart. We are a family forged by blood, sweat, and tears. We never quit on each other and we always give it our all. We love each other and know that we would do anything for one another. Community meaning that we are a family and through thick and thin we stick together. We are not easily divided. We show up in support of one another, compete vigorously against each other but keep it within the walls of the gym fore we know that we have larger goals in mind. We stick to our values and our proud to show off Precision to our loved ones. We are a home built by you all and no one person or thing could ever take away our support for each other. The Precision blue was so well represented that at one point I counted 75 supporters of PC. It just shows the kind of community we have been building and the amount of support that is out there for everyone.

Now putting aside our team’s phenomenal efforts, I want to talk a little bit about what I saw as a coach / fellow competitor at this year’s events. First, PC you all handled yourselves with the outmost amount of class. On many occasions I witnessed our teams far ahead of the pack in our heats. However, once you finished you made sure to cheer on your fellow competitor and issue words of encouragement. The best kinds of competitors are those that can remain humble, while valiant in their own efforts and you all did so brilliantly. Second, you cared and cheered for one another. I know being that I saw all your faces cheer for me as passionately as I cheered for you. You all made efforts to see everyone compete even when trying to prepare yourselves for competition and did so wonderfully. Third, you showed compassion to those around you. You mingled with other gyms and one another offering advice and coaching ques. You showed a great grasp of knowledge in your own rights and made me proud to be your coach. You all never lost sight of why you were there, to have fun! It could have been easy to lose sight of this. Some of you dominated to a point where winning could of seemed a driving force to succeed above all else. But you didn’t, you stayed cool and collected and made sure to have a blast in the process. I really enjoyed all your company. Now, what did I see as a coach that stood out? I know this is what you are all waiting for, so here goes. Do to the fact that there were so many teams I am going to only talk about the highlights that stood out to me. I normally break down each team but this time around it would take way too much time and I do like seeing my children. J

WOD #1 was a giant highlight reel in my opinion. We utterly dominated this wod as a gym. Most likely because of all the rowing repeats and lifting we do. All though you hate those repeats there is a method to my madness. Jenny was insane to watch crush her lunges. I did not know that girl could compete like that. Watching Sara and Kristen dominate the field in their heat was just insane, I mean were their other teams out there? The dudes crushed it with many hitting 1:30-1:33 500 M. splits which is really just knarly to be able to do and this is before 75 Ft. of walking lunges. This is something you all made look easy, well maybe except maybe for Richie in the end, haha! Yeah we dominated this wod; I mean heck Michelle’s team was so far ahead that she had time to adjust her knee sleeves mid workout! Well done guys!

The Floater was fun to watch because it is what we do best, lift! Bill Grundler a legend in the sport, owner of CrossFit Inferno and ESPN CrossFit analyst gave me the best compliment ever. When the floater was posted he said that he knew his teams were in trouble because it was what PC does best of all. He said he knows our athletes are well coached and strong which is reason to worry. A very cool statement coming from someone I personally admire very much! Gosh you all went so big in this arena but I have to say I watching both Cory’s, Gregford and Hunter hit this wod was awesome. They really just threw it all out there and went really big. Big Mike was hilarious trying to use his knees to get the weight up, strong SOB! Oh, and did anyone see Ayden! It was awesome as he threw up 135lbs., bad ass Ayden! The girls of course were very impressive as usual. I loved watching our Masters throw up big weight in Claudia, Bonnie, Lynn, Lisa, and Angie all of which hit way more weight than I think they anticipated. Bonnie for me was a blast to watch because she hit way more than she thought and I believe she PR’d! Of course Kristen, Sara and Jess were beasts but my wife stole the show with the most stubborn lift of all time. She tried 4 times to get her 3rd hang clean up but refused to put the bar down and start over until she landed her 4th attempt and then destroyed the jerk. Words do not give it justice. It was crazy to witness, although I pretty much witness it every day! Love you babe!

WOD #2 was the icing on the cake for me. Seth was fun to watch destroy his shoulder to overhead. Of course Braden was a beast throughout the whole workout as Brian just showed how consistent he was. This team was impressive as a unit shocking and amazing me with a 3rd place finish! Richie, Jeff, Jeremy and all the men handled the sandbag. Brad and Lei were really fun to watch compete alongside each other knowing that Lei was moving up North. These two have been pretty inseparable and I know this is a huge deal for them. They are such great examples of close siblings and could not have been on a better team being with Ayden and Cami two other awesome examples. This team definetly had a special place in my heart being so close to my brother and on the same team as him. Christina beasted this workout and looked great. Of course Pat and Juan hit it hard! Jose in this workout and the first really for the first time began to look like a Regional athlete. We are definitely getting their my friend. V and Jess flew through the wod, both so consistent and steady. Greg Marx, Psycho Mike and Allen were fast, they moved so quickly hitting their reps, which is something I love to see as this is what team competition is all about! Like I said previously, utter domination guys, seriously. You should all be proud!

A quick note about my team as I normally do not talk about them in my re-caps. I instead choose to focus on all of you as much as possible. I really had a blast competing with them and repeating as champs! Anne Austad was an animal just like last year. She is such a great competitor. Of course Katie is a beast and of course hit the biggest lift in the floater at 205lbs. knocking off CrossFit Games competitor Becca Voigt. Well of course she did hahaha. My bro Daniel was a beast. He tied his current Clean & Jerk PR in the floater while making the rest of the field look like turtles during wod #1. Man do I love throwing down next to him. We could never compete on the same teams as kids always missing each other by a year. This is definitely something CrossFit has given us and one of my most cherished things. I personally felt great. Many of you do not know but Daniel has been doing all my programming for the first time this year. This is by far the best I ever felt in CrossFit and I have to give him a ton of credit for my performance. We were a great team and can’t wait to do it again going for the three peat next year!

Precision you are a community that I am honored to represent and coach. Your hard work did not go unnoticed on this day. It was not only noticed by me but by the surrounding community. You are force to be reckoned with. Always look to do well, remain humble, supportive and strong. The sky is the limit for your accomplishments in the gym and out. I love you all and honored to be your coach and friend. Well done PC, bravo! 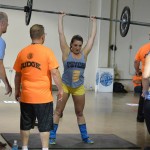 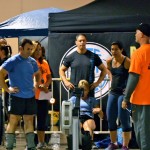 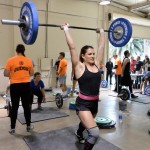 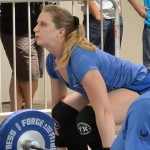 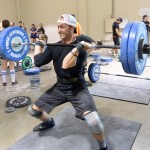 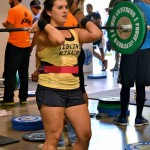 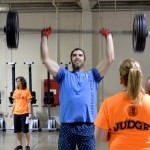 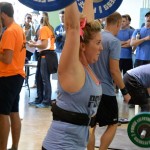 5 Min. of Hip and Shoulder Mobility

7 Min. of Handstand Push Up Work