It was a heck of a holiday weekend for Precision CrossFit. It started off at Beachside CrossFit’s Grand Re-Opening with the Beachside Beatdown. It consisted of a rep countdown of 22-18-15-10 that included heavy thrusters 135/95 and heavy kettle bell swings 70/53 with the kicker being 4 burpees each minute. Although, the wod was scalable to all, it had a 17 min. cap and was exactly as it is called… a beatdown! If that was not enough after all the good times were over, which included an awesome paleo bbq and great times with friends from boxes far and near another wod was thrown at some of us. It included prowler pushes, muslce ups, and heavy power snatch. Boy do we at Precision love us some Beachside CrossFit. A great time with great people and a heck of a way to kick off the holiday weekend.

The next day regardless of how sore we were Daniel, Billy, and myself  drove down to Axiom CrossFit, the new home of the Shakedown Team Series, and scouted out there awesome new digs to begin programming for the summer shakedown competition and to take part in a nasty team wod that only the fantastic mind of Vaughn Brotton could come up with. 250 Dead Lifts, push ups, pull ups, and shoulder presses later combined with two 400 M. partner carries and we were toast. We headed back home licking our wounds ready to take on Badger the next day, our memorial day hero wod.

Memorial day was a blast with a full gym. Too many people to just do one heat so we did three instead!. Dan and I also took part in this setting Badger PR’s. Yes, we are slightly crazy and yes, we took a rest day today. After the grueling hero wod many were smoked but ready to watch the Neal Diamond, yes I said Neal Diamond, concert tribute in the park. It was a blast with a huge showing of Precision blue covering the grassy hill overlooking the concert and little D dancing away to the music. Great way to end the holiday weekend. Just how it started with great people! 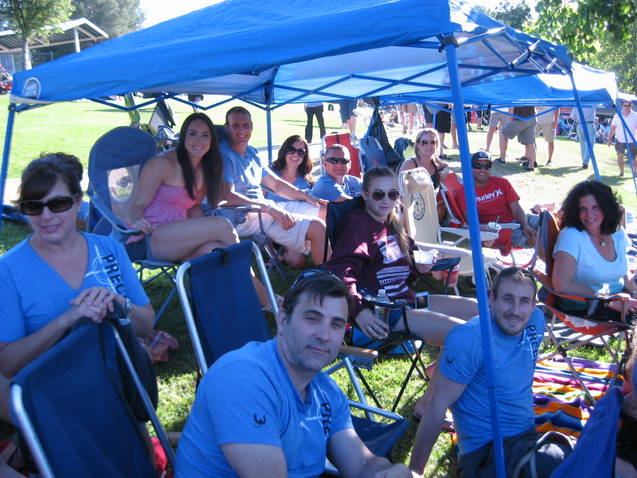