Saturday was a heck of a day for Precision CrossFit. My day started early in the morning as I woke up early to coach our very own Katie Crowe in an Olympic lifting meet at CrossFit High Voltage located in Burbank, Ca. She had to weigh in at 8am before waiting to lift just after 10am. Many CrossFitters and weightlifters from surrounding gyms came to compete at this meet and Katie was very excited for what competition may be there. As her coach I was excited to see who may challenge her, but also knew in my heart that when Katie is on nobody can touch her. So what I wanted to see was her pushing her numbers up. I wanted her to open up at a heavier weight then she was used to, and to try and reach for total’s that she had yet to hit in competition. Just as expected there was nobody there that could compete with Katie so the meet became about her getting better as a competitor. Katie did phenomenal opening higher in her first attempt at snatch, which she actually missed. As a coach I was happy to see this because I wanted to see how Katie would handle it. She did so brilliantly as she hit her weight on the next attempt, then proceeded to add 16lbs to her last attempt and hit that as well for a new PR in competition! From here Katie opened up strong with her Clean & Jerk going 2 for 2 in her attempts of 205 and 214lbs respectively. We could have just gone up to her current competition PR of 217lbs for her last attempt but decided to work on what we came there to do. So we put 220lbs on the bar and sent Katie out there to hit a new competition PR. She got the clean up effortlessly but narrowly missed the jerk. Katie looked great and performed even better walking away not only 1st in her weight class but also with the award for the best overall female weightlifter at the competition. Well done Katie!

The competition ended right around 2:15 as immediately headed over to the neighboring city of Eagle Rock for the C.A.L. Competition at CrossFit Eagle Rock. We had 5 teams representing Precision, and I could tell everyone was fired up when I arrived. Our tent area was packed not only with competitors but with other members of the gym showing their support. It was an awesome sight to witness. But what was more awesome was watching our teams throw down. We had two athletes doing their first competition ever in Big Mike and Amanda Handlos as well as several doing their second. We also had Brad Yajima back competing again for the first time since his horrific leg injury, which was something I was excited to see. Every team put it all out there and gave everything. Some highlights for me, where Pat Bader getting through all 20 of his overhead squats at 75lbs. Many do not know but he has had a shoulder and elbow injury where previously 45lbs was a stretch. The fact that he did 75lbs is just awesome! Lisa also did an amazing job of working quick and efficiently while also keeping Pat motivated wherever she could. Big Mike doing his first comp was just awesome as he got to see what it was like to get judged for the first time, and his 1:26 500M row, or whatever it was, is just knarly! What an insane motor he has. However, the best highlight from this team was Julie doing her burpee pull ups. She had never done a real pull up before and got 6! This is 6 more than she has ever done. She showed tremendous heart through adversity and never gave up. I know she felt as if she failed but as I always say, look at the things you accomplished rather than the things you did not. Julie you were awesome, and I am super proud of your efforts. Amanda in her first comp was a beast showing off her tremendous motor. Her technique looked phenomenal, and she really showed what a competitor she is alongside Rusty who really gave her everything he had. It was quite the sight to see him push to another level in each workout. This is something that is very hard to do. My favorite highlight however was Brad and Lynn. Brad has been through so much and to see him compete at a high level with very skill based workouts that required a ton of squatting and stress on the legs was incredible. I was so proud of him, as Lynn made a masterful partner pushing the envelope alongside him. Bravo Brad, bravo. Words cannot express how happy I was for you Saturday night. I constantly kept stating to you, never forget that hospital bed. You said you wanted to compete again and there you were! Well done sir, and great job to you all. I was proud to be there. Oh yeah, Em and I got first place in the advanced division, haha.

I do not like to gloat too much regarding my accomplishments so I will just say this. Saturday was about you guys and I hope that mine and Em’s performance motivated you all. I hope we made you proud because you sure as heck make us proud every day. Thank you for your cheers, your encouragement, and for all your support. We love you guys. You know I can’t remember the last time I was so nervous before a competition. I think it was because of two reasons. One, it was my first comp back since my injury and I was a little afraid to see how my elbow would react at a higher intensity level. Two, I did not want to let any of you down. I know it sounds crazy, but I wanted to make you all proud, proud to have me as your coach, and proud to be a part of Precision. I think we accomplished this. Once again, thank you Precision. I had a blast throwing down with the love of my life as always. See you in the gym! 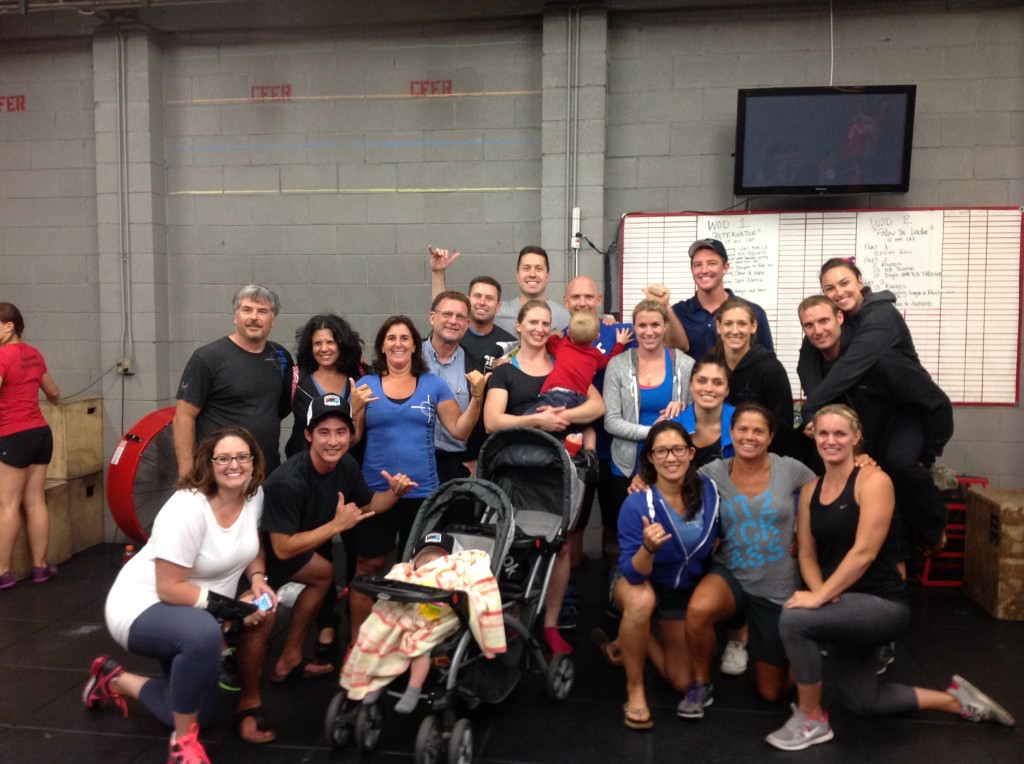 5 Min. of Hip and Shoulder Mobility