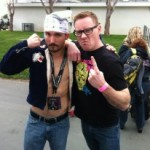 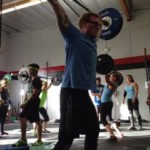 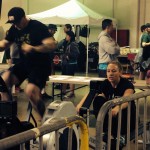 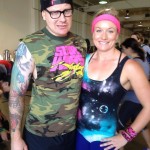 You may have noticed as of late that the gym has been missing something. There has been little less laughter, a little less funniness, and a little less grab assing. Yes, that’s right, we’ve been missing The Gregford!!! Where has he been you ask? Well, sadly, he’s been laid out mostly too sick to get out of bed or off the couch.

You see, Gregford has this awful thing called Crohn’s Disease. What’s that, you say? Well, in a nutshell, Crohn’s Disease as an autoimmune disease where a person’s body attacks itself. The immune system attacks healthy parts of the digestive tract, causing lots of inflammation. This results in really horrible symptoms, such as severe pain in the gut, diarrhea, vomiting, poor appetite, and weight loss. It also can cause a person to get ulcers, internal abscesses, fissures, and fistulas.

Unfortunately, as with most autoimmune diseases, there is no cure for Crohn’s. At least, not yet. They are also not sure what causes it exactly. There are some treatments that are available, but none of which are guaranteed to keep a person in remission. Also, they come with risks and unpleasant side effects.

While the majority of the time, Greg doesn’t experience many symptoms, every once in a while (usually when something stressful happens), he gets a Crohn’s flare up where all of the above symptoms hit him hard and take him down. He’s currently been sick for the past 14 days and is pretty darn miserable.

Since we all love Gregford so much, and miss his spirit terribly we are going to suffer a little bit today in his honor. So, as you run those 800’s, do those sit-ups, push-ups, and squats, keep him in mind and remember that the measly pain you’re experiencing is temporary and nothing in comparison to what he’s going through. Say a little prayer, send him some positive vibes, do whatever you do, because he needs us all right now! TODAY WE WOD FOR GREGFORD! WE LOVE YOU BUDDY! GET WELL SOON!!!! 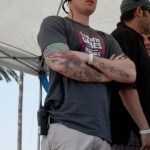 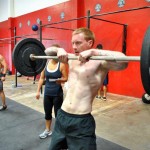 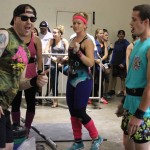 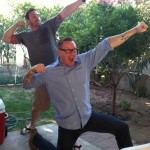