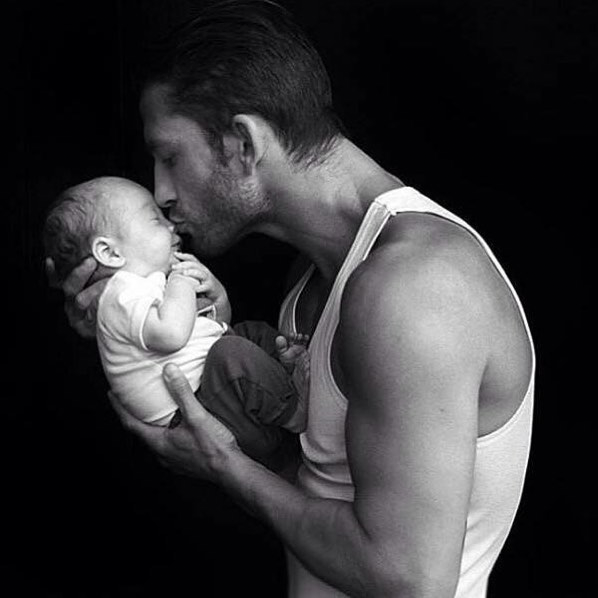 Liam was born on 5/25/15 at 8:16am in St. John’s Hospital in Santa Monica, California. He weighed in at 7 pounds 3 ounces and was measured at 21 inches. Children generally lose a little bit of weight after birth but Liam was losing too much weight. He was getting nearing the danger zone. Mishel’s milk was not properly coming in. Liam quickly regained his weight and spent the rest of his life making up for the few days he was underfed. Liam often ate double the recommended amount of milk for a child his age. When he transitioned into solids his healthy eating habits continued.

Liam was learning Swedish, Russian, and English at the same time. His favorite books were in Swedish and his favorite show was in Russian. He loved to read to himself and mimic the cadence of the sounds of the words in the books. He loved getting being read to.

The words that would best describe Liam’s personality would have to be, social, playful, and strong-willed. Liam was exposed to a lot of people at a very early age. He loved interacting with people, smiling at them, waving, blowing kisses, and giving high fives. If Liam wanted something, he would work until he got it. This may sound silly because he was so young, but when he wanted to go somewhere or get to something he rolled, crawled, shuffled, yelled, and stood his ground until he attained whatever it was he wanted.

Though he was strong-willed, he was also good at listening. If you asked him to do something, like cleaning up after himself or hand something over, he would.

Liam loved to wrestle with his dad, chase his dogs, Scraps and Frankie, play peek-a-boo with his mom, get tickled, play with his car and fly!

Liam loved the water. He would always kick his legs in excitement, smile from ear-to-ear and squeal with joy whenever he was in the water. It didn’t matter if it was bath time, a pool, the ocean, or a fountain of water in shopping complexes. He always wanted to be in the water.

On September 3, 2016 at only 15-months Liam was struck by a drunk-driver while on a walk with his aunt. Liam was found in his stroller, not breathing and without a pulse. The first responders were able to resuscitate him but after a CT (computerized tomography) scan, it was found that the hit caused his brain to swell and the brain stem to sink down to the spine. Two neurological tests were completed to see if there was any response from the nervous system. There was not. On September 4, 2016 at approximately 2pm with a room full of family and close friends, Liam was pronounced brain dead.

Liam’s organ’s were donated and his parents decided to start a foundation in his name to fight for changes.

TODAY WE WOD FOR LIAM.

3 Rounds (At a walking pace)

**One person works while the other person is in the listed static hold. Each completes the round before moving on.

***All Barbell movements are done with the same load throughout the workout.